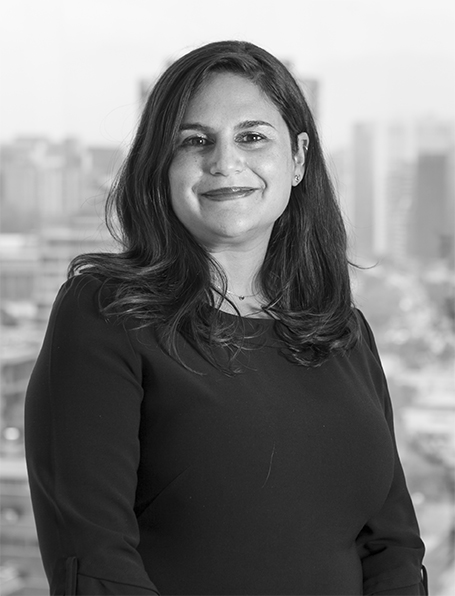 She has been an associate lawyer at different firms, overseeing corporate, real state, labor, public works concessions, intellectual property and consumer matters. Later, she integrated the Prosecution Office of the ENACO-CIMENTA group (2010-2012). In 2017 she joined Parraguez y Marín.

She has represented a fishing company in all kinds of commercial and asset acquisition matters.
Representation of a transnational construction company in the development of public works concession projects in the north and south of Chile.
Representation of a private investment fund in the acquisition of real estate assets abroad. Negotiation and conclusion of the operation.
She has represented before labor courts several companies, specially related to the mining industry.

Degree in Economy and Finances for Lawyers

Bachelor of Law and Social Sciences