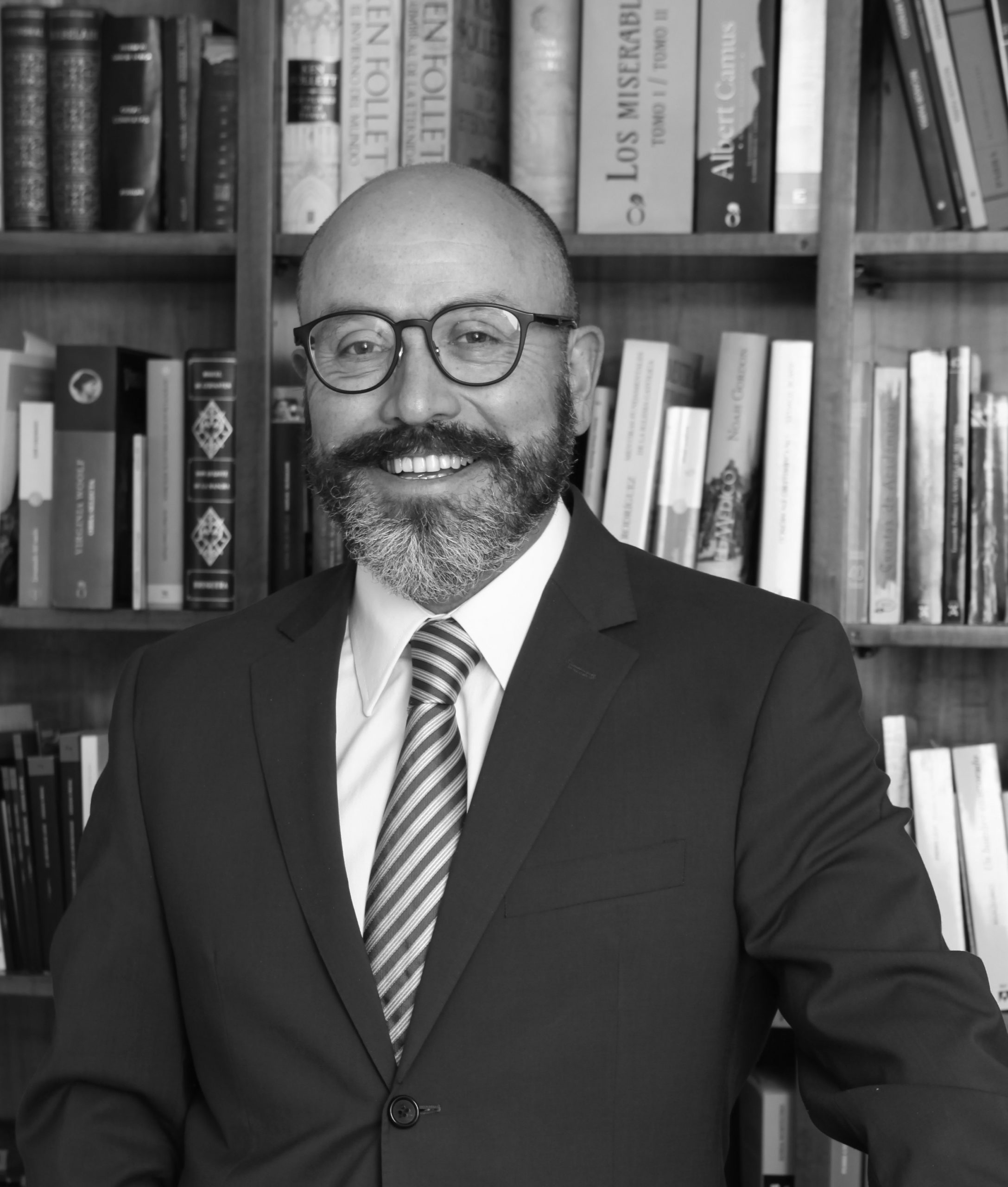 Bachelor of Legal and Social Sciences from the Universidad de Chile’s Law School (1993). He holds a Master’s in Economic Law from the same Law School (2005).

His practice is focused on arbitration and litigation, with special emphasis on economics, commercial, energy and natural resources.

He began his professional practice as an associate attorney at the Firm Figueroa y Coddou, where he became a firm’s partner. Later, Figueroa y Coddou transformed into Del Río y Parraguez, Estudio Juan Agustín Figueroa, which in 2017 merged with Marín & Cía., resulting into Parraguez y Marín. Gustavo has participated in some of the most relevant judicial conflicts in Chile over the last decades.

He is also a member of the board of multiple private companies, and of some non-profit corporations as well.

For the last 15 years, he has represented the interests of Minera Escondida Ltda., Compañía Minera Cerro Colorado and Minera Spence, in multiple litigation and arbitration cases, related to mining services. Among the above, it stands out the representation of Minera Escondida in an arbitration against Codelco, regarding the robbery of copper concentrate, for an amount of USD $10.000.000.
He has represented and advised in different conflicts the several companies that are part of the Antofagasta Minerals group. His tasks had been related, in general, to preventing conflicts and strategic analysis oriented to negotiation.
He has represented the interests of the Ossandón Larraín family in multiple trials, for the challenge of a family asset restructuring; investigations in the Tax Administration; criminal complaints; and multiple civil actions processed both in Chile and in the USA.
He has represented the Administrador Financiero del Transantiago (Financial Administrator of Santiago’s public bus system) in different arbitrations and judicial procedures.
He has represented Melón S.A. in different trials. Among them, one regarding an expropriation for a second highway in the Comodoro Arturo Merino Benítez International Airport; in multiple lawsuits of contractual breaches in which he acted as plaintiff; and in a trial against Chilean Treasury for the withdrawn of the amount consigned as compensation for an expropriation.
He has represented AngloAmerican Sur in an arbitration procedure for term increases, cost overruns, compensations and others related to the construction of a pipeline replacement system.
He has represented Inmobiliaria Morandé 2010 S.A. in procedures related to the annulment of a demolition permit, linked to the construction permit of the most important real estate project in the center of Santiago, for an amount of USD $42.000.000.
He has represented a pension fund company in administrative procedures which object has been to cancel a corporate reorganization.
He has represented a pension fund company in actions initiated by a Senator and a Deputy of the Republic of Chile, that aim to cancel a corporate reorganization.
He has represented Concesiones Recoleta S.A. in the conflict against the Municipality of Recoleta, regarding the unilateral termination of the concession contract for surface and underground parking in the Recoleta district, for an amount of approx. USD $20.000.000.
He has represented the interests of Molinera del Sur S.A., against Empresas Copec, in a lawsuit regarding a very serious case of oil contamination on a hill in the center of Puerto Montt.
He has represented the Concessions Unity of the Ministry of Public Works against the suits filed against the Project during the construction process of the Costanera Norte.
He has advised two supermarket chains in the sale of the totality of their assets to SMU S.A.
He has advised Nestlé Chile, in conjunction with a team of lawyers, in the consulting process for a merger with Soprole.
He has represented the Chilean Government in a constitutional protection action against the main energy distributing companies for the rate fixation for the distribution of energy in the Central Region of Chile.
He has represented de Ministry of Public Works in a litigation for the regulation of water rights.
(Español) Ha representado a Viña Santa Rita en proceso seguido en contra del Estado de Chile, para obstrucción desvío de carretera Sur que atravesaba trazado original por la mitad de los viñedos.

His experience has been recognized in Chambers & Partners Latin America and Leaders League.

Judge of the Ethics Tribunal of the Chilean Bar Association (2001-)