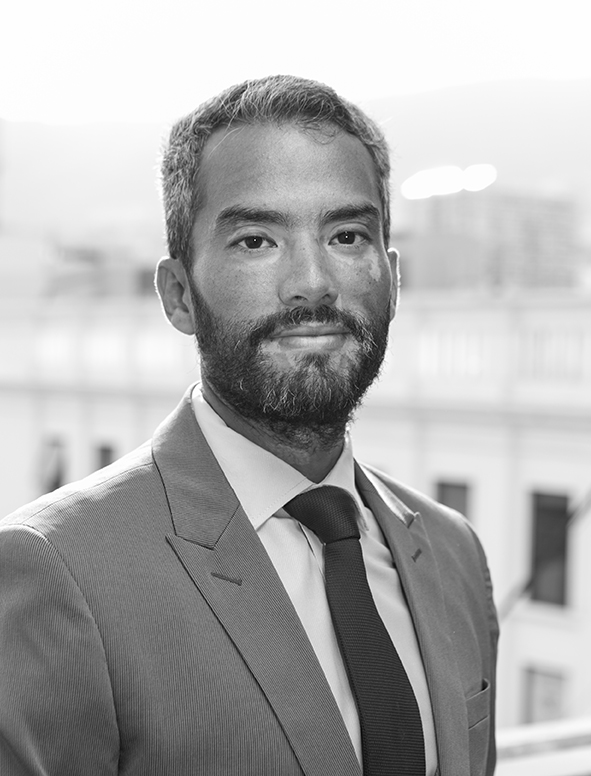 His practice is focused in judicial and extrajudicial processing, with special emphasis in Civil and Commercial matters.

He began his professional practice as a paralegal at Megalex Ltda. (2008). Later, he joined Valdés Peñailillo, where his work was focused on real estate and costumer attention (2013-2015). On 2017 he joined the litigation team of Marín & Cía., remaining on that position after the merger with Del Río y Parraguez, Estudio Juan Agustín Figueroa, that resulted into Parraguez y Marín (2017-).