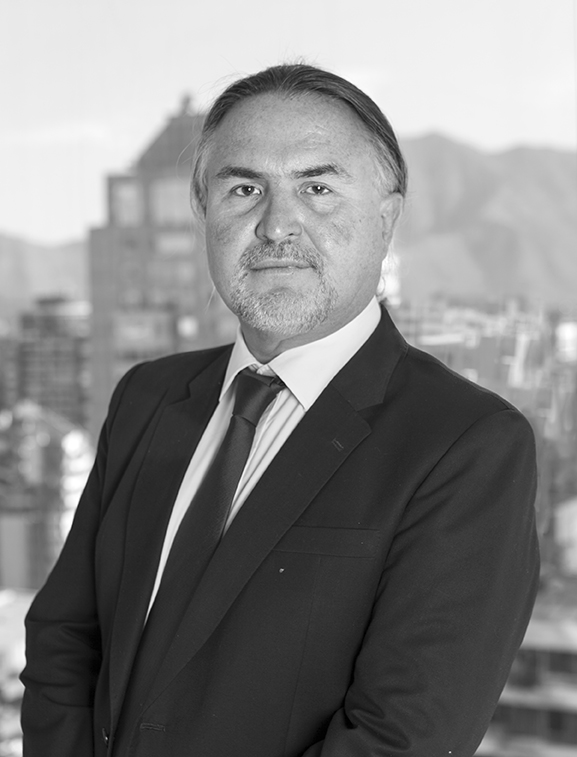 His practice is focused on litigation and business consultancy, with special emphasis in Labor, Environmental and Administrative Law.

He began his professional practice in 1994, as an associate attorney at the Carlos Marín Salas Abogados Asociados firm, in Antofagasta, which in 1998 transformed into Marín y Cía., where he became a partner (1998-2017). His practice led him to become well recognized and highly valued in Antofagasta, developing and consolidating Marín y Cía. as a leading firm in the Northern Region of Chile. After the merger with Del Río y Parraguez, Estudio Juan Agustín Figueroa, in 2017, he became a partner of Parraguez y Marín.

He has advised some of the main mining companies in the North of Chile, and of its supplying companies.

He was an Associate Professor for the modules of Commercial Law and Economic Law in the Universidad Católica del Norte’s Law School (1994-1995).

Diploma in Economy for Lawyers (DEEA)

Advisory to companies on labor, union and collective bargaining matters

Member of the Antofagasta Bar Association